Meribel snowboarding resort is Cab9’s HQ. It’s enviably positioned in the heart of the Three Valleys, the largest skiing and snowboarding area in the world. The neighbouring resorts of Courchevel, La Tania, Val Thorens and Les Menuires can all be reached quickly by the modern lift network. Therefore, making Meribel the ideal base from which to explore the vast Trois Vallées.

There is plenty of varied piste riding on offer in Meribel snowboarding resort, ranging from cruisey to challenging. If you know where to go, there are some fantastic, easily accessible off-piste routes for powder hounds. Some of these often take weeks to get fully tracked out. The back of the snowboarding resort, heading up towards Mont Vallon, provides excellent splitboarding terrain for those who prefer to get away from it all.

If you’re into freestyle, Meribel snowboard resort has two main parks. These are the Moon Park in Meribel and the DC Area 43 park in Mottaret. It’s here where you’ll often find the Cab9 team riding in their free time. There’s a large selection of boxes and rails as well as kickers to suit every level.

Newcomers to freestyle will be equally at home here as experienced freestyle riders. There are loads of fun jibs, a hip and a SuperPipe too. International DC team riders often turn up for photoshoots, so you might get to see your favourite pro-rider hitting the park!

Let’s not forget the après and nightlife. You may well find the Cab9 team hanging out in some favoured spots after a hard day on the slopes. These include the Rond Point for slope-side après. A place that often runs well beyond piste closing and usually leads to an interesting journey back to the village!

Then there’s La Taverne, with its pub atmosphere. It’s a well-known meeting point due to its central location in Meribel’s main square. Several other bars and clubs are just a snowball’s throw away for some late night dance floor moves.

So, whether you’re a beginner snowboarder, an advanced rider, or simply looking to have some fun, Meribel snowboard resort has everything you could ask for. For us, we’re proud to call it Cab9’s home.

Meribel is good for: 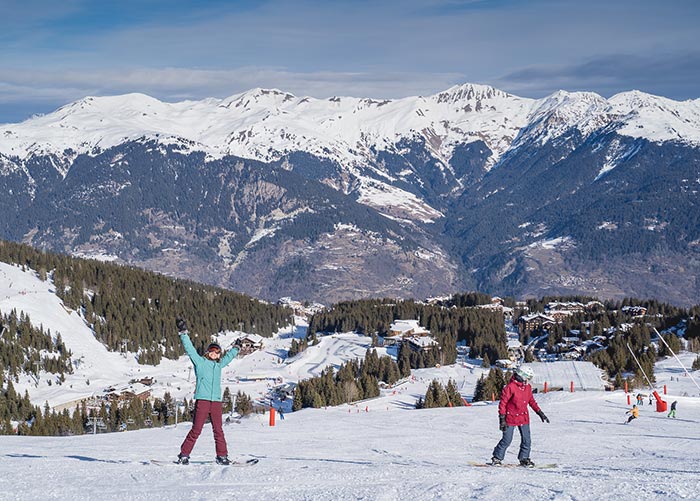 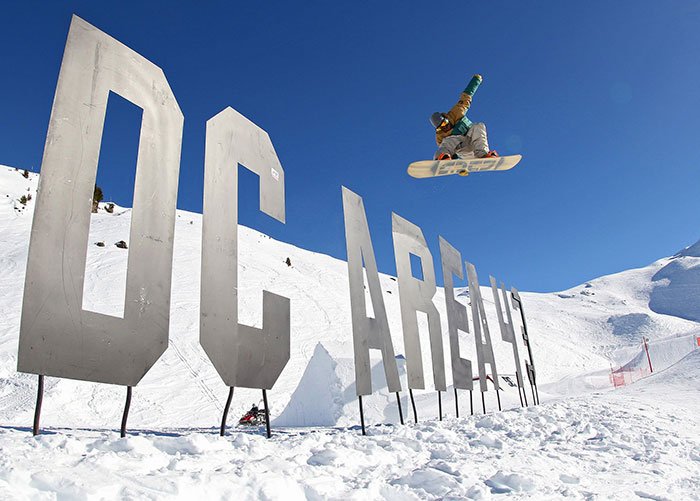 Superb, Fun, Patient Tuition Our 16 yr old daughter wanted to start snow boarding this year and having had pervious positive experience of using CAB9 for another child, albeit some years ago, I emailed and manage to book 2 lessons. Communication was easy and efficient. Lessons were brilliant and Jono was patient, kind and fun. It may be an expense, but honestly, it is cost effective as the tuition is soooo good. Thank you, we now have another proficient snow boarder in the family.

Lessons for all Had a great 3 hr lesson with Jono who very quickly picked up all my bad habits and started correcting them. The rest of my week was faster, smoother, and required less effort. Would recommend whether you're just starting out or a seasoned boarder... there's always room for improvement.

Fantastic instructors and service We had a week in Vals Thorens and had Jono as our instructor, we went for private lessons that me and my other half shared (he did three and I had one lesson with Marco). Marco was amazing, very patient, supportive and had great knowledge. My partner was a complete beginner and came along so well thanks to the lessons. Booking was easy and Helen was really helpful in getting us the right deal / options for us! Thank you!

The most fun you can have on the mountain! Jono is a brilliant instructor and helped me to progress in the areas I wanted to focus on. As I was the only person on the lesson, the 2x 2.5hr sessions were rolled into a single personalised 2.5hr session, which was fine by me as Marco helped me to progress very quickly and build my confidence on boxes, jumps and different features. Time wasn’t an issue and the lesson pushed 3hrs as the visibility dipped half way through and he wanted me to get the most out of my lesson. Everything was fun and easy to understand and Jono pushes you to maximise your ability without putting you out of your comfort zone. On my last day in the resort we had an amazing dump of snow, Jono invited me out to explore the area and cruise the powder, definitely one of the best days I’ve ever had on the mountain!

Highly recommend to anyone!